Margaret Cho opens up about online threats, urges people to take them seriously 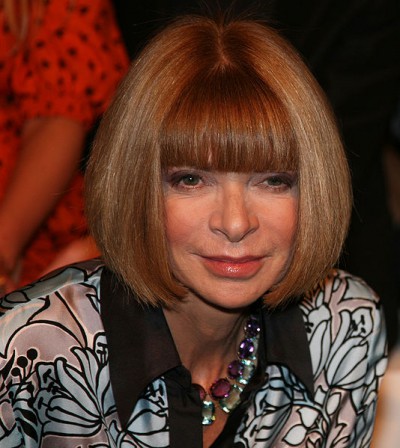 Vogue editor Anna Wintour is used to making underlings shake in their boots.

But she has Project Runway host Tim Gunn shaking his finger at her over what he sees as bad behavior by the woman for whom the book The Devil Wears Prada is reportedly based.

‘When people misbehave around me, I call them out on their bad behavior,’ Gunn said on The Meredith Vieira Show.

Gunn describes their relationship as ‘hostile’ and said he has had ‘several’ run-ins with Wintour.

When asked for examples, he recalled being scolded by her people after he told The New York Post that one of his most unforgettable moments in fashion was when he watched Wintour being carried down five flights of stairs at a fashion show.

‘She’s a history revisionist,’ he says. ‘In her mind, it never happened.’

Would he ever want to bury the hatchet?

‘There is so much that happens (at Vogue) that is so of another world, of another planet, I’m happy to have a bad relationship with it because I wouldn’t want to have a good one.’

BONUS VIDEO: Wintour isn’t afraid to poke fun at her image as you can see below: