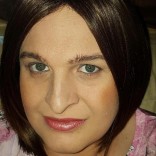 Surrogate mother who fell out with gay couple must hand over baby, court finds

Being trans in South Africa is not easy.

I grew up in a country that threw gay people and interracial couples in jail not so long ago.

Today we have one of the most progressive constitutions in the world protecting LGBTI people. Unfortunately, our constitution remains far more progressive than the hearts and minds of our people.

I see this play out in our daily struggle, and in a country with so much negativity in politics, don’t expect trans voices to be heard or taken seriously any time soon.

I often feel jealous when I see international LGBTI organizations being pro-active in the fight for trans rights.

While we have organizations here in South Africa, my personal experiences with them remain negative.

I remember speaking to a trans friend about my battles once and she told me: “Jua, don’t waste your time with them. If you want something, you have to fight for it yourself.”

JL wasn’t the only person with a negative experience.

Christene Ehlers won a landmark anti-discrimination case in 2010 when she was fired for being trans.

Christene told me her biggest disappointment was the promises of protests outside the court and support for her case, but in the end these organizations never showed up.

In my own personal transition story, I begged for help more than once.

The first issue I had was gatekeeping when I wanted hormone treatment.

I finally received treatment after I took matters into my own hands and self medicated for more than 5 months at great risk to my own personal health.

The second time I asked for help was when I struggled to get my medical reports to officially change my ID at the Department of Home Affairs. Doctors at the hospital refused to provide the documents I needed despite the fact that I legally qualified to change my details according to the Alteration of Sex Description Act of 2003.

Despite numerous promises from various organizations, no one help once again.

I managed to find new medical professionals willing to help me.

They gave me the medical reports I needed, but this time my battle was with the Department of Home Affairs. Not only was my first interaction with them humiliating, they also refused to help me.

After my story made the news, I was contacted by the same organizations with promises that they would help me. Once again, nothing happened.

‘The reality of being trans in South Africa’

This is the reality of being transgender in South Africa. You have to fight for yourself.

The only support you have is a small number of friends and allies in your life.

Transgender Day of Visibility comes and goes, with hardly a whisper.

It is currently Transgender Awareness Week, and while my timeline is full of positive and uplifting messages this week, the silence in my own country is deafening.

Where are our organizations? Do they actually care? Do we have a voice in South Africa?

The answer to that last question, unfortunately, is no.

I recently wrote a piece on a transmisogynistic ad campaign. While I received support from my friends and allies in South Africa, I received more reaction and outrage from people abroad.

The same company got into trouble for a racist ad a few years ago. They took it down and apologized.

This time the complaints were ignored, not only by this company, but the South African public. It seemed like transmisogyny was okay!

Racism, sexism, misogyny and homophobia gets called out on a regular basis in South Africa, but trans voices speaking out doesn’t get heard or taken seriously. All forms of hate gets attention, but transphobia and transmisogyny barely gets noticed.

This is the South Africa I live in.

During Transgender Awareness Week we are supposed to educate society about transgender and non-binary individuals and their lives, but also highlight the issues they face.

They still struggle to get their ID documents from the Department of Home Affairs.

Transmisogyny and the hate transgender people face daily still go unnoticed with little or no outrage compared to other forms of hate.

Personally I have to deal with transphobia and trans exclusion daily.

It is a rare day that I don’t have to face some form of intolerance towards who I am. Recently I spoke to a gentleman about troubles I had with my vehicle.

Despite introducing myself to him as Juanita and correcting him three times for misgendering me, he simply refused to use my correct pronouns.

I’ve had the same issues when visiting my local medical centre to see my doctor. Despite showing the receptionist my ID, they continued to misgender me.

The worst and most hurtful thing about being trans is that people will use that against you in an argument.

Instead of focusing on the issues or facts, these tactics are often successfully used to silence you. In extreme cases, people will gaslight you, making you feel like everything is wrong with you.

‘Our fight for acceptance starts with visibility’

I’ve had this debate with a number of activist in South Africa. While many disagree with me, I believe our fight for acceptance starts with visibility.

South Africa needs our own Laverne Cox to inspire young kids struggling with their gender identity to show them they too can reach their dreams and live full and happy lives.

We need intellectuals like writer Janet Mock and Professor Jennifer Boylen to show that being transgender doesn’t limit you in any way to have a successful career.

We need activists like Monica Roberts & Paris Lees who isn’t afraid to take the fight to the media, and if needed, even to the highest levels of government.

Change will only come for transgender people in South Africa, if we become more visible, more vocal.

Being visible will always have its risks, but remember, transphobia and hate have a cure.

There is no better way to educate the world about our lives than being visible, being more vocal.

As the end of this week approaches I’m once again left disappointed in South Africa.

Positive work and advocacy is taking place elsewhere in the world while South Africa remains silent.