For 12 seasons, Holland Taylor played Jon Cryer and Charlie Sheen’s hilariously self-absorbed mom on the CBS sitcom Two and a Half Men.

The actress, now 72, has never really talked about her personal life with the media but has now acknowledged that she is currently in a relationship with a much younger woman. 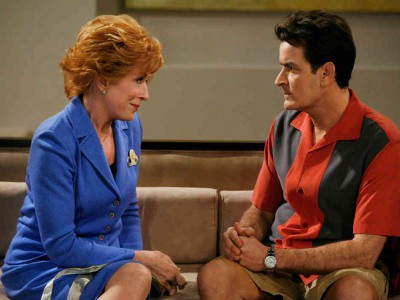 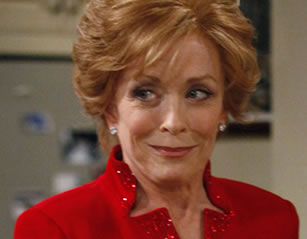 ‘It’s awkward because if I talk about relationships in my life or people that have been in my life, or somebody I’ve been seeing for a while or this, that and the other thing, I’d like to be able to just say that, without having to stop and say, “So have you come out?” No, I haven’t come out because I am out. I live out.’

Taylor’s comments about her sexuality were brought on when she was asked if she was ‘enticed by marriage’ in her new current relationship.

‘I have not,’ she said. ‘Given my generation it would not be something that would automatically occur to me. But she’s mentioned it because just from a spiritual point of view, from a heart point of view, as a — as a — as a deed that has a very rich symbolic gesture to it, it has its attraction. But it’s been a very casual conversation at this point. But it’s not — it would be a very private thing. I would not do that publicly. But as a symbol, as a pledge, as a plighting one’s troth I would see it — that it would be a wonderful thing to do.’

Taylor, 72, added: ‘Well I feel at this point in the conversation it feels kind of awkward. Now I feel very very shy of it. I’ve been really wrestling with this lately because most of my relationships have been with women and I don’t like talking about them because I don’t like talking about the politics of it all because I’m not political about it. I think we’re ridiculous in this country (the US) about it. Ridiculous.’

Taylor has worked for decades on television, in films and on stage. She played Tom Hanks demanding boss in the sitcom Bosom Buddies, won an Emmy for her performance as Judge Roberta Kittleson on The Practice, and played billionaire Peggy Peabody on The L Word.

More recently, Taylor wrote and starred on Broadway in a one-woman play about the late Texas Governor Ann Richards which earned her a Tony Award nomination.