When he’s done being Hedwig, Neil Patrick Harris plans to rest – and pig out

The US Senate made history on Tuesday (17 June) when it confirmed two openly gay judges to the federal bench on the same day.

Both are also African-American.

Judge Darrin Gayles, confirmed to the US District Court for the Southern District of Florida, is the first openly gay African American man to be confirmed as a lifetime-appointed federal judge in the nation’s history.

Staci Yandle, confirmed to the US District Court for the Southern District of Illinois, is the first African American to serve on her court and the first openly gay lifetime-appointed federal judge in Illinois. 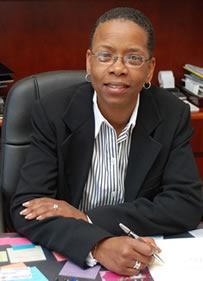 President Barack Obama has now appointed more female judges than any other US president, breaking the record previously set by President Bill Clinton.

Lambda Legal applauded the appointments but pointed out that there are 900 federal judges in the US and most are white men.

‘Federal courts are charged with providing everyone with equal access to justice, and yet justice has not always been a reality for some,’ said Lambda Legal’s Fair Courts Project Manager Eric Lesh.

A diverse judiciary serves not only to improve the quality of justice, but to boost public confidence in the courts.’