The prospect of an openly gay player named Michael Sam joining the NFL has some players – retired and active – going on as if the Earth was going to stop rotating on its axis.

‘What if he pats someone on the butt?’ wondered one alarmed former player.

Meanwhile, openly gay NBA player Jason Collins has played two games for the Brooklyn Nets this week without incident and soccer’s Robbie Rogers is about to begin another season with the Los Angeles Galaxy after coming out a year ago.

Just how accepted Rogers is in the Galaxy locker room became evident with a message from team leader Landon Donovan about a mandatory night out: ‘No wives, gfs, bfs, sidepieces.’

Rogers, who is dating television producer Greg Berlanti (Arrow), noted the inclusion in a tweet to Donovan which simply stated: ‘Thanks for including me.’ 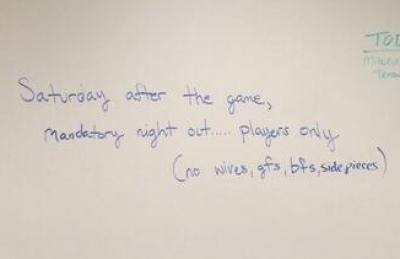