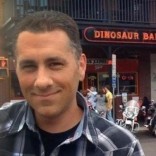 Christians will go to great lengths to get God to consent to their prejudices. It’s actually quite astounding and equally sad.

Every day I watch and read fellow followers of Jesus attempting to use Scripture to discriminate against, marginalize, and condemn people who identify as LGBTQ.

They engage in the most protracted, passionate, theological gymnastics, arrogantly and confidently tossing out chapter-and-verse grenades in an effort to make the case that God has a problem with being gay and that the Bible is proof.

They do this with great authority, unwavering confidence, and very little tolerance for dissent.

This is one of the most irresponsible things Christians have ever done.

In truth, only a literal handful of the Bible’s 31,102 verses mention what could be translated as homosexuality, and in even those few cases the reference is solely to a sexual act, never to anything remotely resembling what we understand as gender identity or sexual orientation.

The reason for this is quite simple: such complex ideas were beyond the grasp of the writers, just as the shape of the planet or the inner workings of the human body or the nature of gravity were.

This is understandable. They had no knowledge of how the brain worked and so they could only observe behavior and imagine that was the extent of sexual identity.

This is the greatest flaw in attempting to use the Bible to address the intricacies of human sexuality – that it is woefully inadequate for that specific task.

The Bible did not drop from the sky and it isn’t a product of Divine dictation where God took over the faculties of the author.

It is a sprawling library of 66 books, orally preserved and then written down over hundreds of years by dozens of disparate and largely unknown, very human authors in multiple languages, during which time the concepts of gender identity or sexual orientation were formed at only the crudest levels.

The Bible is a product of its time and culture and contains the inherent limitations of its writers.

It isn’t an attack or mutiny to admit these things, it is simply being honest with our sacred text. Even fundamentalists and Conservatives understand this.

We see it in the way our orthodox Christian understanding and approaches to slavery, women’s rights, mental illness, and divorce have all evolved with what we’ve learned over time.

It’s the reason we no longer stone adulterers or accuse paralytics of moral failing or imagine Hell sitting below a flat earth.

This is why arguing incessantly about a handful of parsed out lines of Scripture, as if these verses answer the complex questions of sexuality, is such misguided time and such a misuse of the texts themselves.

Using these few bits of text to justify discrimination and bigotry is reckless and irresponsible.

We know that these things are not enough because time has taught us.

When we put our bodies in the hands of surgeons, we want them to bring every bit of study and experience and historical learning to bear, because of the complexity of the task.

We wouldn’t accept that what we knew in the first century was at all adequate. In fact, we’d demand that anything antiquated, technologically or intellectually be discarded. That is the only responsible decision when life is in the balance.

John Pavlovitz is a Christian pastor serving the North Raleigh Community Church. This article first appeared on his blog, Stuff That Needs to Be Said.