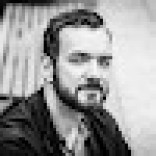 I am a straight guy and a comic book fan. Exactly the kind of person the studios are worried about upsetting by having LGBTI superheroes.

So why am I actually surprised and disappointed there are so few gay heroes in comic books?

Firstly, it’s important to recognize that, while there are too few, that doesn’t mean there are none. Some names immediately pop into my head, mostly found in comics by the Big Two publishers; Marvel and DC.

There is, for example, Catwoman who – in her latest interpretation – is at least bisexual; but I guess nobody was really surprised by that revelation.

In a storyline Brian Michael Bendis wrote for the All-new X-Men, the original X-Men meet the present X-Men and also the future X-Men. And a curious past-Iceman outs himself as gay, although the present-Iceman totally wasn’t (comics can be really complicated and confusing).

Then we have the shape shifter Hulkling and the mutant Wiccan, a cute gay teenage couple who are part of Marvel Comics’ Young Avengers.

In 2012 we finally got to see a gay X-Men wedding between Kyle Jinadu and Northstar, who is actually one of the very first openly-gay super heroes.

I could go on for quite a while but this Wikipedia list does a far better job than I could at producing a fairly comprehensive list.

Batwoman is an openly lesbian character and, although DC Comics didn’t allow the authors to depict her marriage, we learn via a cameo in the video game Batman: Arkham Knight that she finally married her long-term girlfriend Maggie Sawyer.

Midnighter, on the other hand, is a true badass, dressed all in black with the super power of always knowing what his enemies will do next, so that he can kick their asses in the most gruesome ways. Also, he’s gay.

It is also a plus if the comic is drawn prettily, but when you talk about characters you always prefer the more complex ones and enjoy them the most in complicated settings.

That is actually the point: There surely are gay comic book heroes and they have been around for quite a while.

But I am really surprised, especially since I began to really care for these characters in the past few years, that there are only so few well-written ones.

Batwoman is awesome because her liking women simply wasn’t the important part of the character.

She went and saved Gotham a couple of times, rescued some kids from a weird ghost and even teamed up with Wonder Woman, not to mention her interesting relationship to her sister. But the writers didn’t make a big deal out of her relationship or sexuality.

And Midnighter? He’s just a very sick person who likes violence, has a weird sense of justice and, in Apollo, a husband to (theoretically) come home to.

But I would rather not see the fact there are so few gay heroes in comics as a problem – it’s an amazing opportunity.

Right now it’s a pretty interesting time for comic readers, times are changing. The industry is slowly recognizing its changing readership. The demand for new ideas and fresh characters and the possibilities opened up by unused stories is greater than ever.

Of course it’s sometimes problematic, especially if well-known characters are fundamentally changed, but in the next months and years there will be so many more characters and stories.

It’s just a logical consequence that there will be some more characters who are lesbian, gay or bisexual or trans, or everything or nothing, or simply above it all.

DC is going through a rough patch right now – they’re $2 million (€1.7 million) short in revenue, which is why they apparently told their authors to stop experimenting with their stories and heroes.

But we will have to wait and see what that means for their stories and characters.

And if the mainstream comics fail their readership in that aspect, there are indie publishers like Image Comics and BOOM! Studios, which are always good for a surprise.

Speaking of which – go buy Sex Criminals by Matt Fraction and Chips Zdarsky.

I’ve never read a comic handling the many different varieties of sexuality more openly than this one. It’s absolutely hilarious, educational and always awesome. Just read it and thank me later.

Marco Friedersdorf is a self-desrcibed, Berlin-based space cowboy and friendly neighborhood comic book guy. Fuelled by coffe, beer and love his blog, Mind’s Delight, focuses on comics (what else?), science fiction and all the weird and wonderful stuff that makes life great.